Welcome to my art 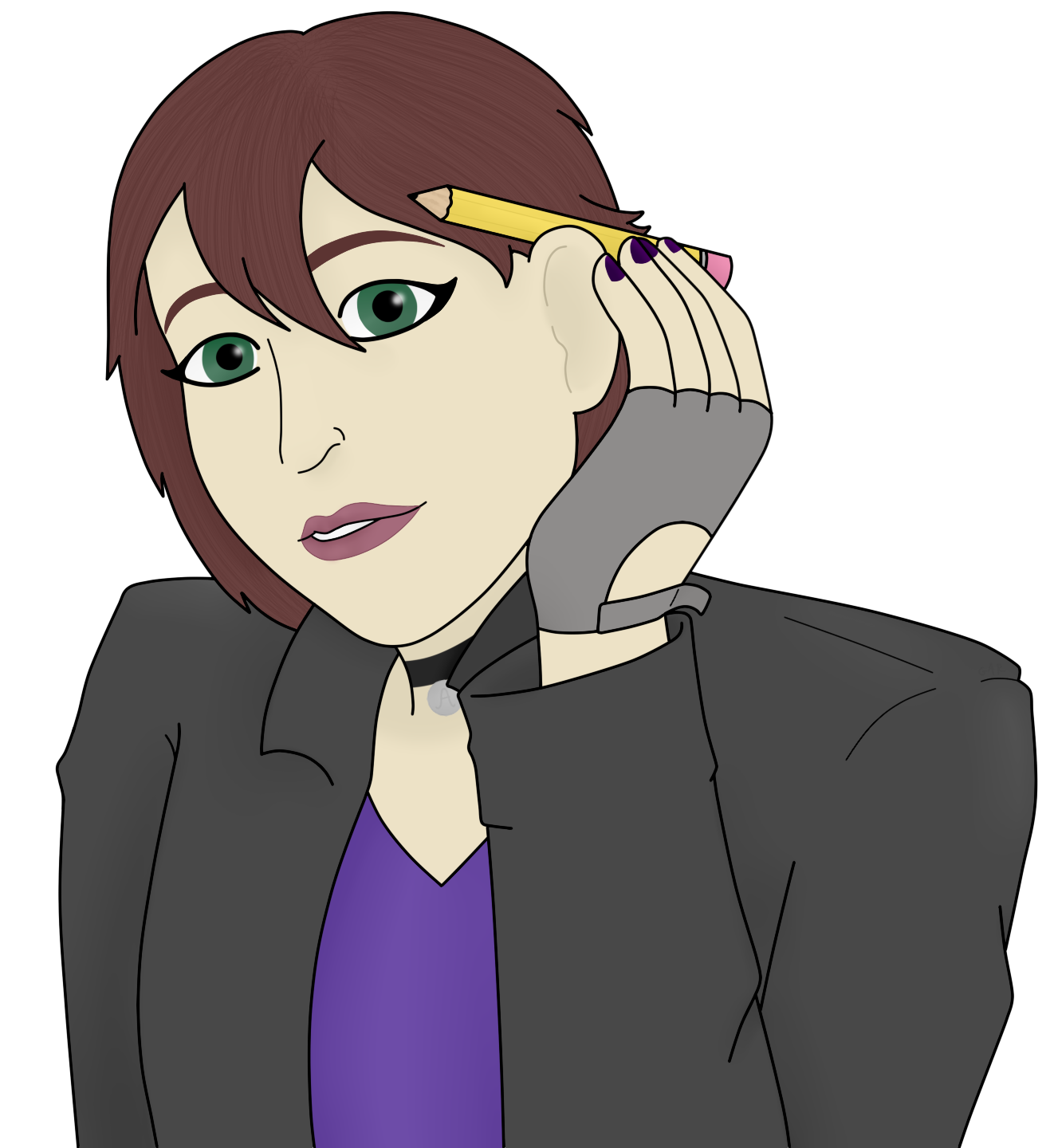 I feel like you can probably guess my current obsession! I was recommended Sally Face by my friend Kag! I'm so glad she did because I really enjoyed it as you can tell by my art. Larry is my favourite character which is why he's the most frequently drawn character. There's more of the art on my blog.

6/15/2021. I just finished this drawing of Ashley in the dress from the music video for My Immortal as a gift for my friend, Lily. Lily and I have been playing Sally Face together and she thinks the song fits with Ash well. I can definitely see why. Plus, I think it came out around the time the game ends. I'll try not to spoil anything here but this drawing itself is a bit of a spoiler so you've been warned

6/16/2021. I briefly mentioned on my blog that I was working on something to practice how I draw smoke. Warning for drug/smoking reference in the following image but I just finished it. It looks okay, in my opinion. No masterpiece. I definitely liked yesterday's drawing more in how it turned out but when you're trying new things, it usually takes a bit to look good. Regardless, here's Larry smoking some of the devil's lawn clippings.

Same day but I started and finished a second drawing. This is another big spoiler so don't scroll down if you haven't finished Sally Face. Then again, if you can read this, you've probably already scrolled too far down.

6/17/2021. Just finished yet another drawing of Larry. Something about him reminds me of a better version of myself and I think that's why I enjoy drawing him so much. I think I want to draw Sal next but the biggest issue is a lack of ideas. I kinda wanna draw him in a cutesy way but I feel like the last drawing I did of him (the zombie one) is already pretty cute. He just deserved better and I stand by that. As usual when I become obsessed with, I'm doing mental gymnastics to give them a happy ending so you may see art of my alternative universe at some point. Anyway: Here's Larry with even more piercings because I think he deserves it.

6/18/2021. I drew Gizmo and Sal. Gizmo is such a nice part of the game and I'm glad he never (as far as I know) gets hurt. The game's pretty rough but at least Gizmo is still healthy by the end.

6/20/2021. Took me an entire day to finish this one but I think it was worth it. I'm VERY pleased with how this maskless sal turned out. I had it in my head that I wanted to draw him unmasked but more realistically than I usually do, since I usually just give him some discolouration and slight lumpiness. I based this on the bottom half of his face we see in episode 4 and medical photos taken of actual trauma victims to see how/if the skin discolours much. I'm super proud of this and wanted to share it immediately!

Still the 20th. I spent a good long amount of time on this drawing today. This is another big spoiler for Sally Face but this scene is the one that I think caused me the most distress. Without getting too into it, I just felt like I needed to draw it. Thus far, people have said that the drawing really captures the emotion of the scene and I'm glad people feel this way!

6/22/2021 Much in the same fashion as my maskless Sal two drawings up, I decided to do some practice with shading. To really work on it, I didn't use line art. That way it has to have the boundaries shown only in shadow. It takes forever to do but its good practice and I think it turns out pretty well. I kinda feel like his face is a bit crooked but I like it none the less.

6/23/2021. Just finished this drawing at almost 3 AM. Probably doesn't help that I restarted it 3 times due to the fact my only idea was "Sal but he's wearing a Wednesday Addams style dress" and that's not exactly a clear idea. I was almost done with the line art on my second attempt when I realised how stiff and unnatural Sal looked and I scrapped it. Thankfully, senshistock is always great for inspiration. 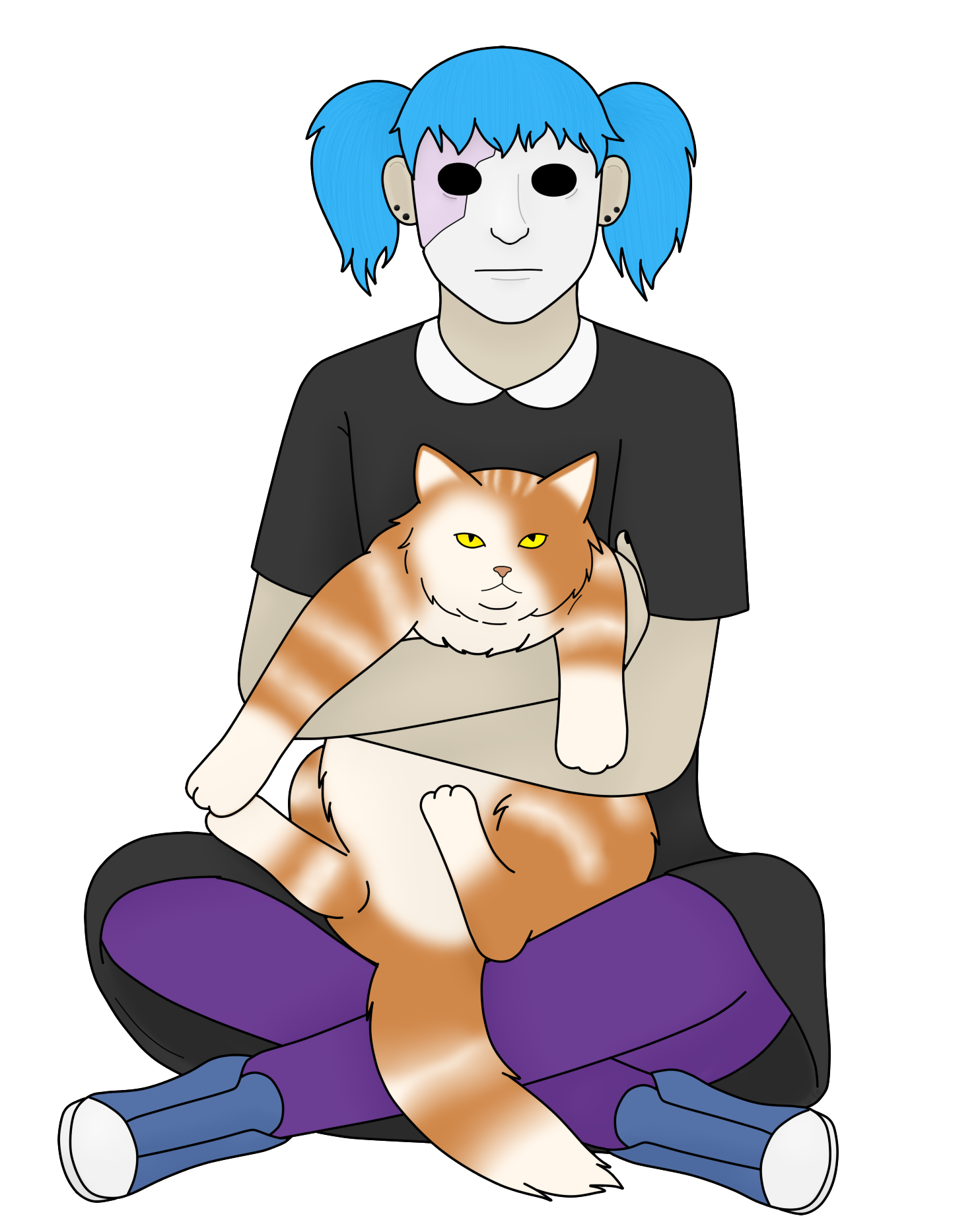 6/24/2021. Once again, its 3 AM and I've just finished a drawing. Can you tell I have a bad sleeping schedule? Anyway, here's two teens loitering at the local mall. 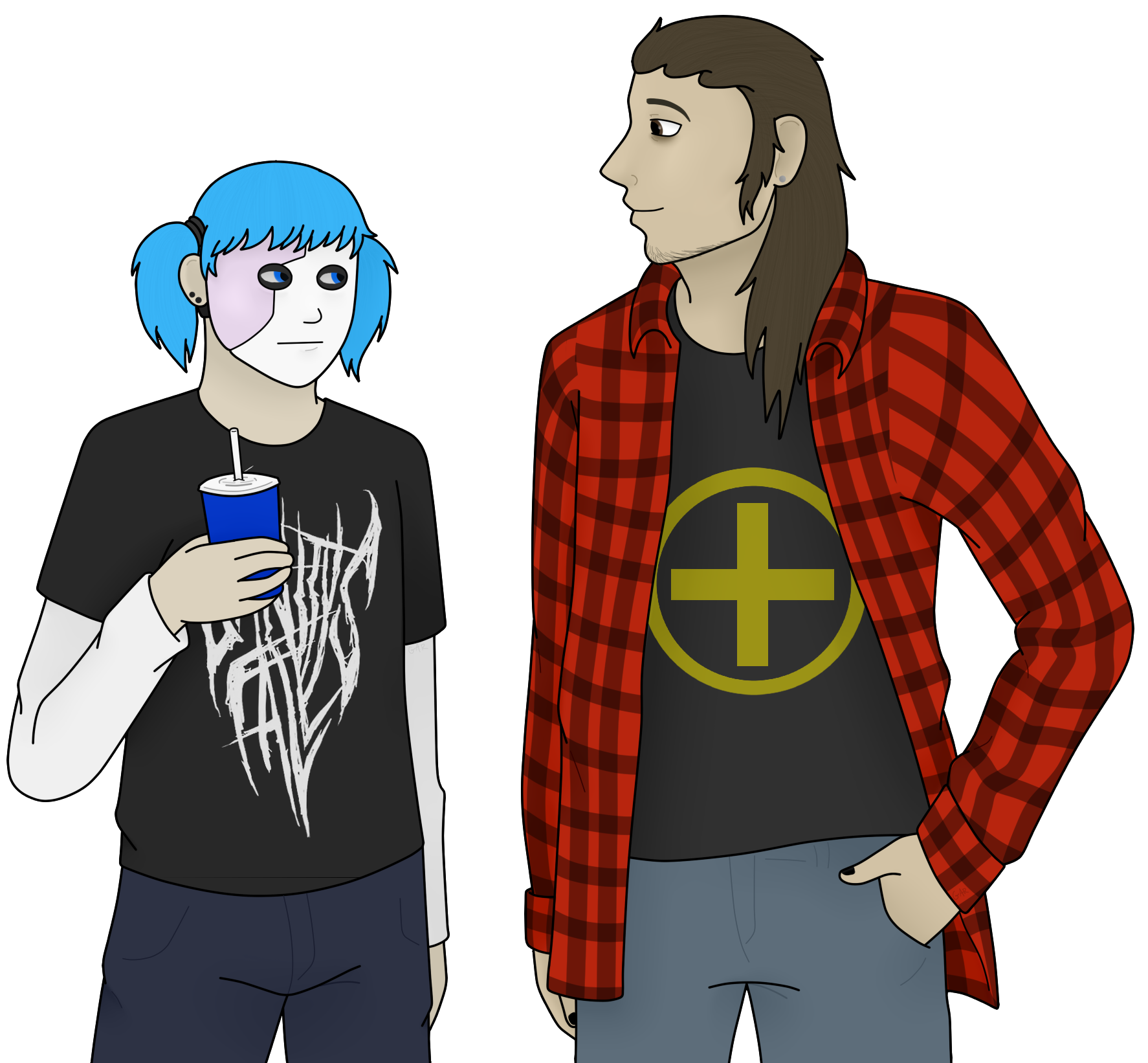 I post most of my art to my tumblr!